WITH NATURAL INGREDIENTS And secondary fermentation in the bottle!

Very easy indeed, Esen is located on latitude 02°52'' E and on longitude 51° 02N. Arriving by plane, you fly over the brewery, if landing in Brussels (BRU). Then you buy a 1/200.000° scale map and look in the North of Belgium near Diksmuide. We advise you not to take the word Esen in the mouth, to avoid people sending you to Essen, near Antwerp. Esen is a small village (1937 inhabitants). Walk 2,5miles from DIKSMUIDE Station.30min. walking

Every Sunday afternoon at 2pm we do a tour for individuals in English or French. Please note that the brewery is closed during the week.

History of the brewery

The founder of the brewery was a doctor in medecine, Louis Nevejan. We have recently found papers in the archives stating that the first building dates from 1835 AD. Once it was both brewery and distillery. The founder died in 1882 and the brewery was sold to Alouis Costenoble. The family brewed for three generations until 1980 when the brewery stopped. Beer brands include COQ PILS OUD BRUIN & COSMOS. In Esen there were six breweries (all small and parttime) and two distilleries.

The actual brewer is doing historical research on West-Flanders breweries since 1900 AD, and has got the 'GOLDEN HAMMER' Trophy, a two yearly award for historic research on breweries. This was attributed by vzw 't Hamerken in Bruges on March 27, 2000 AD. 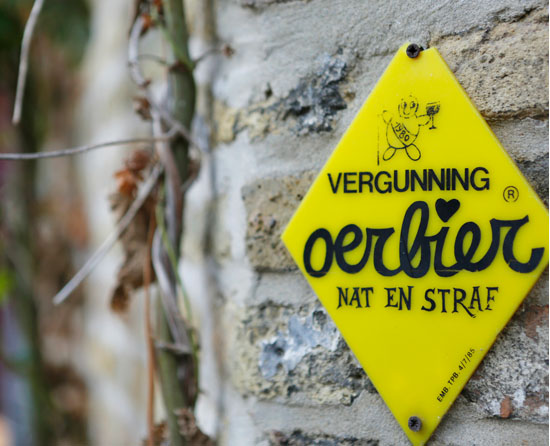